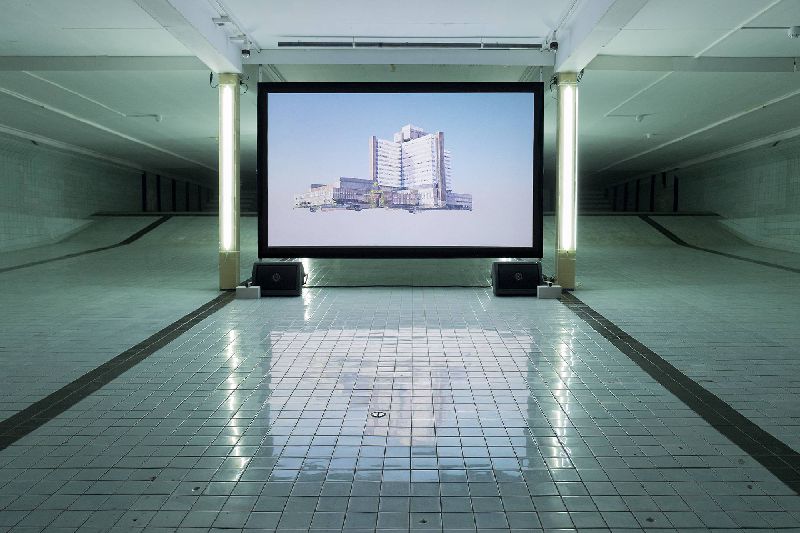 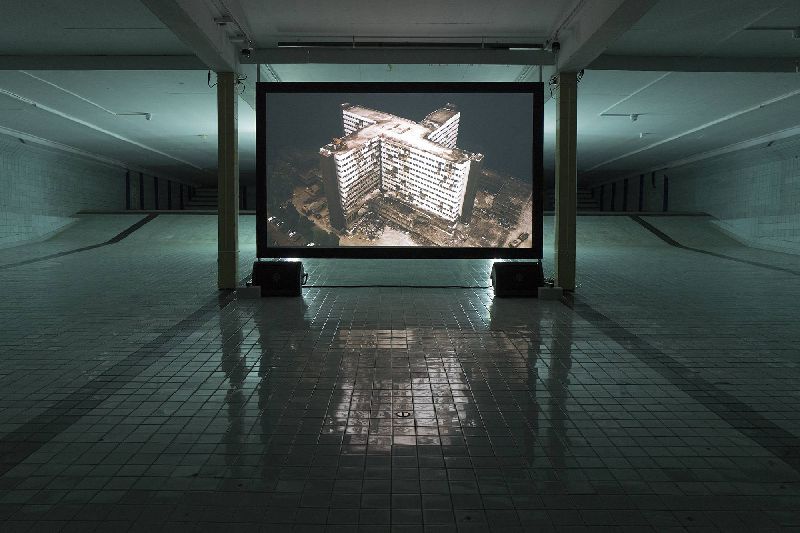 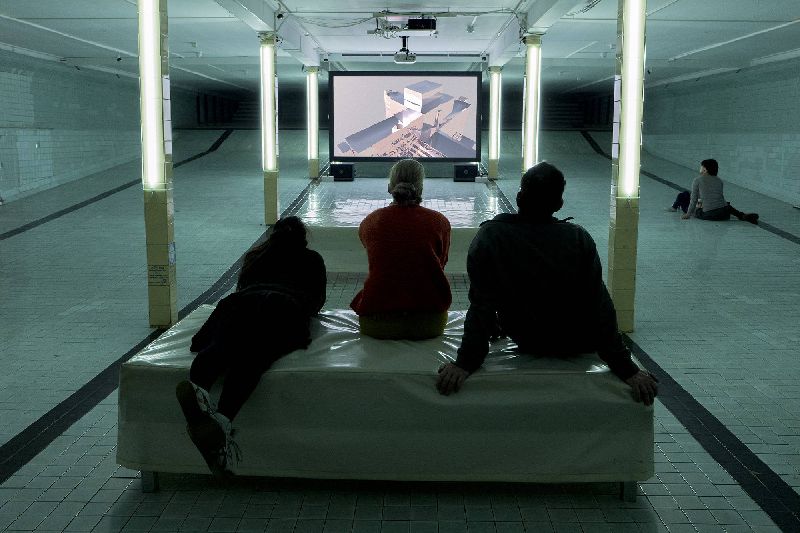 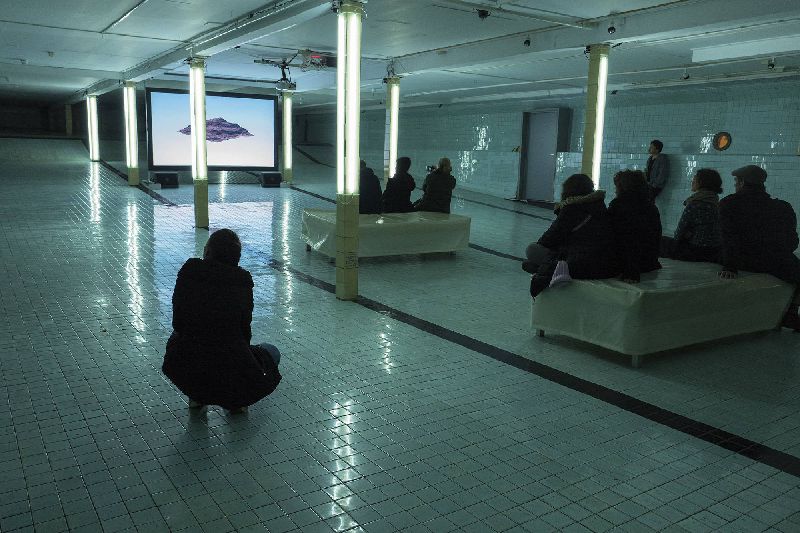 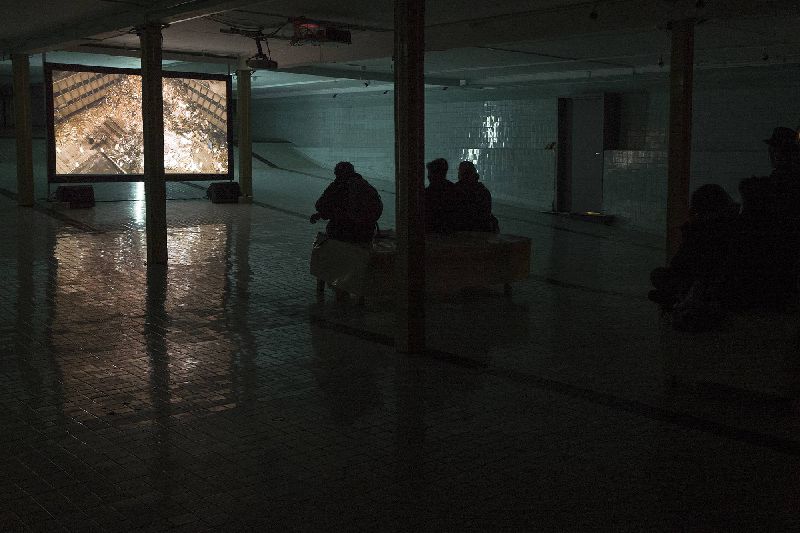 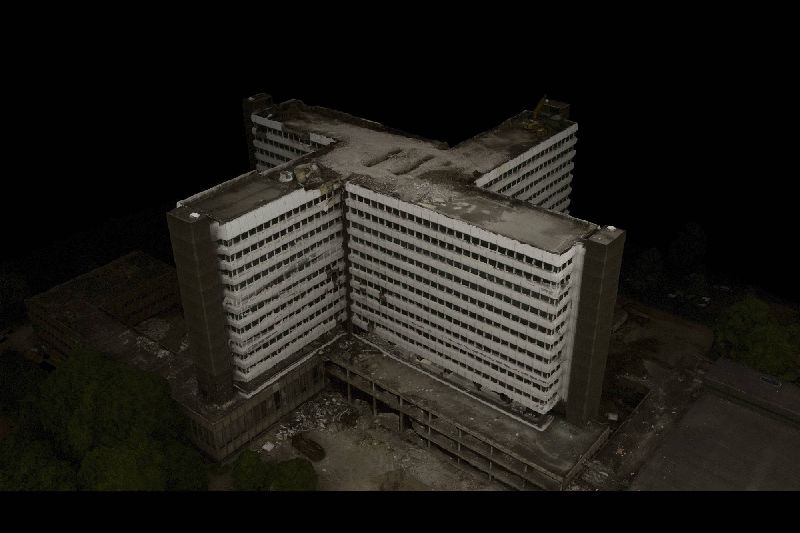 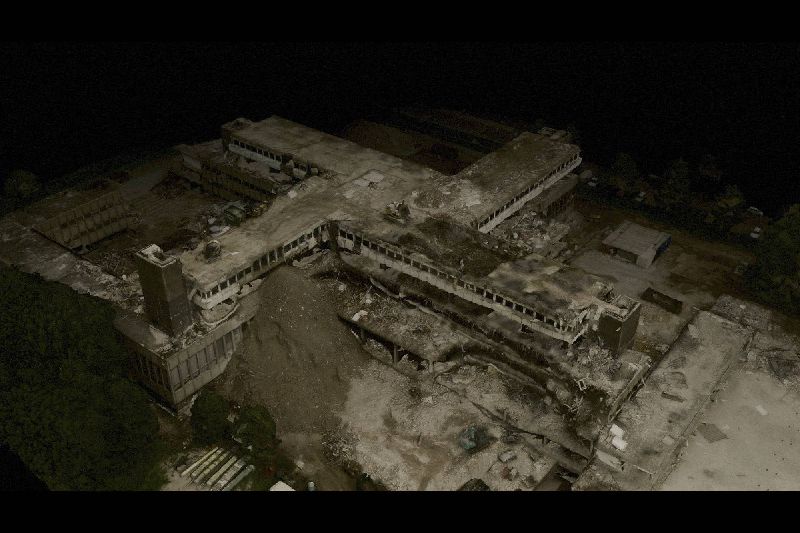 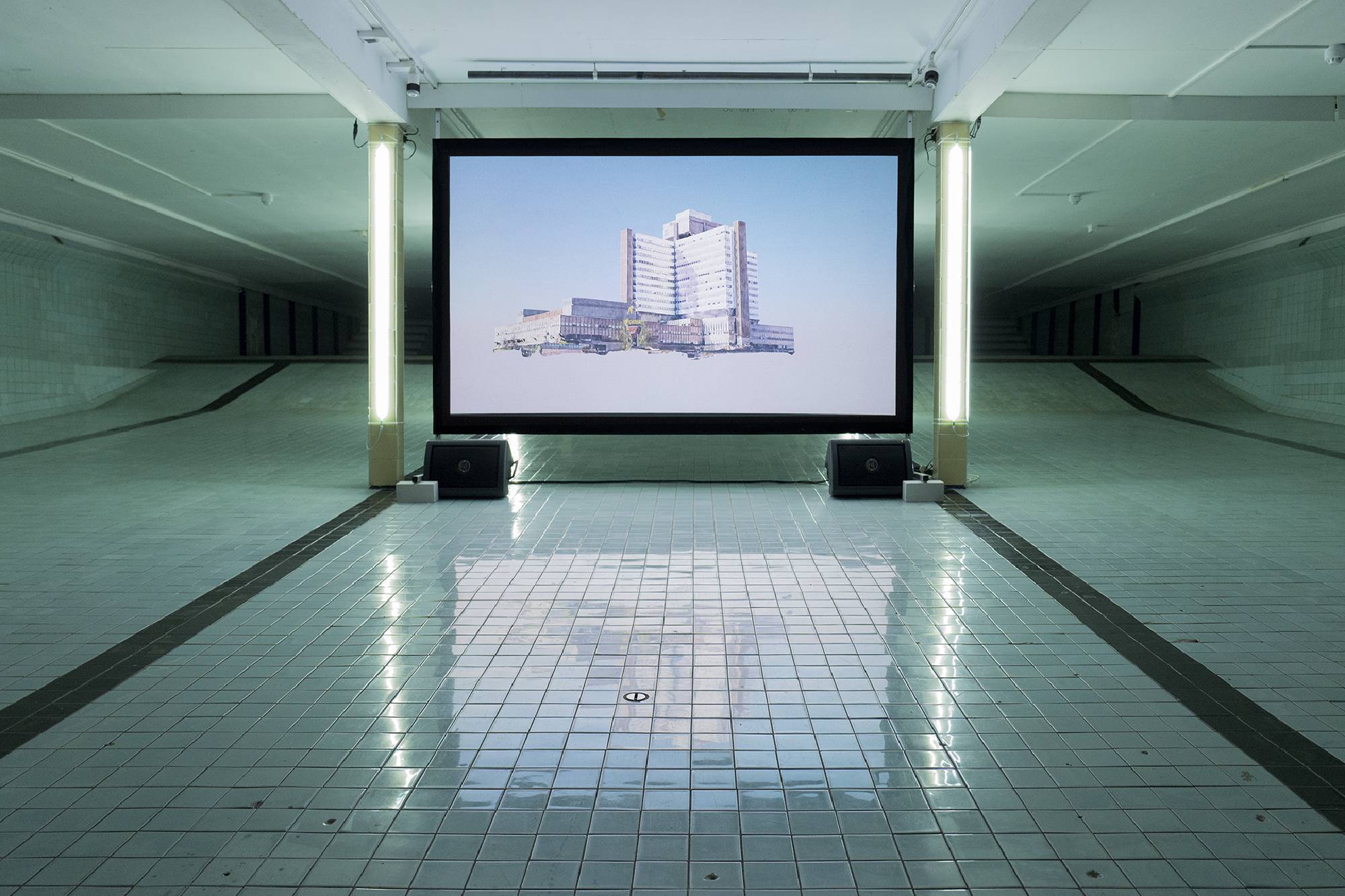 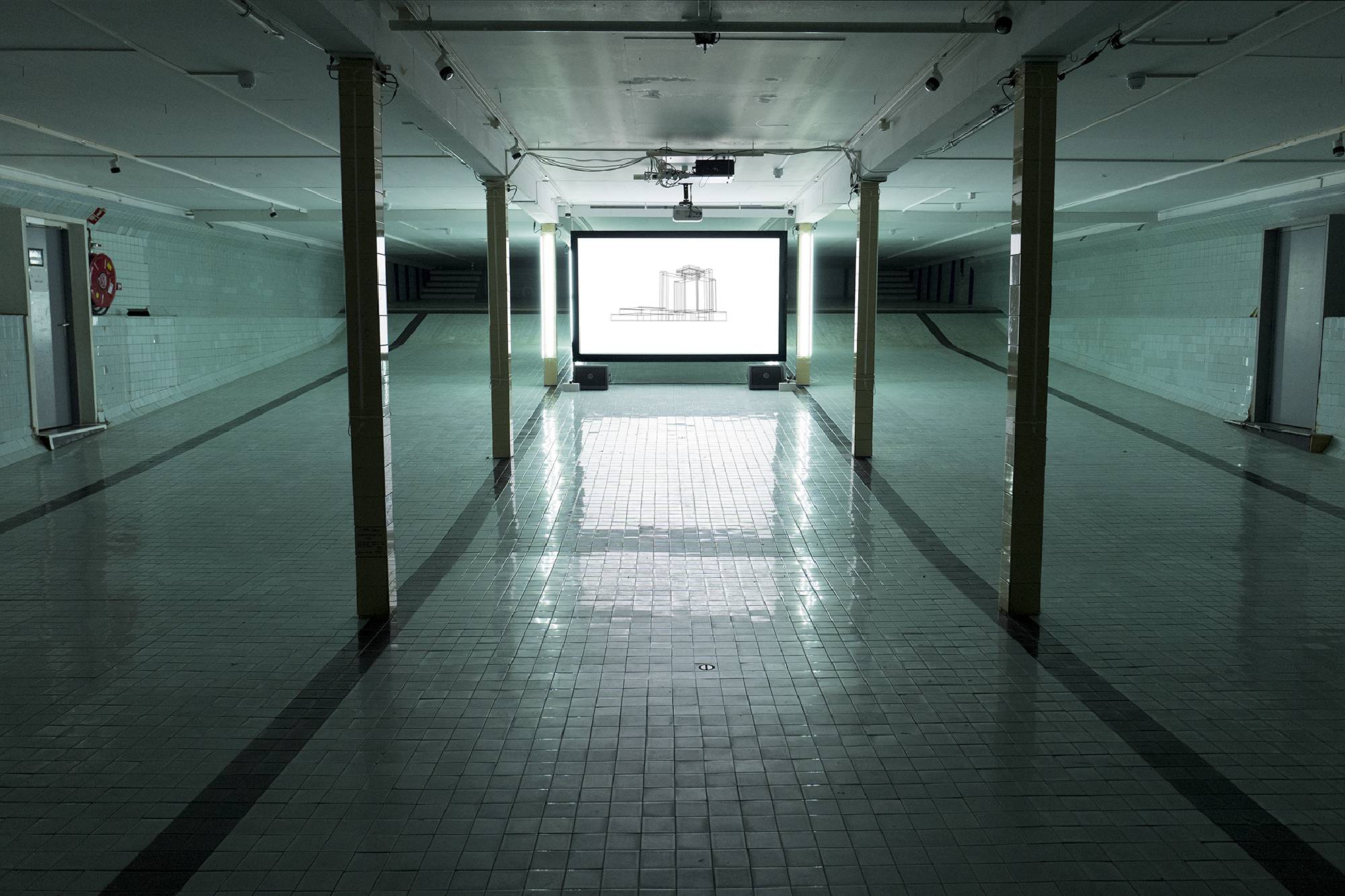 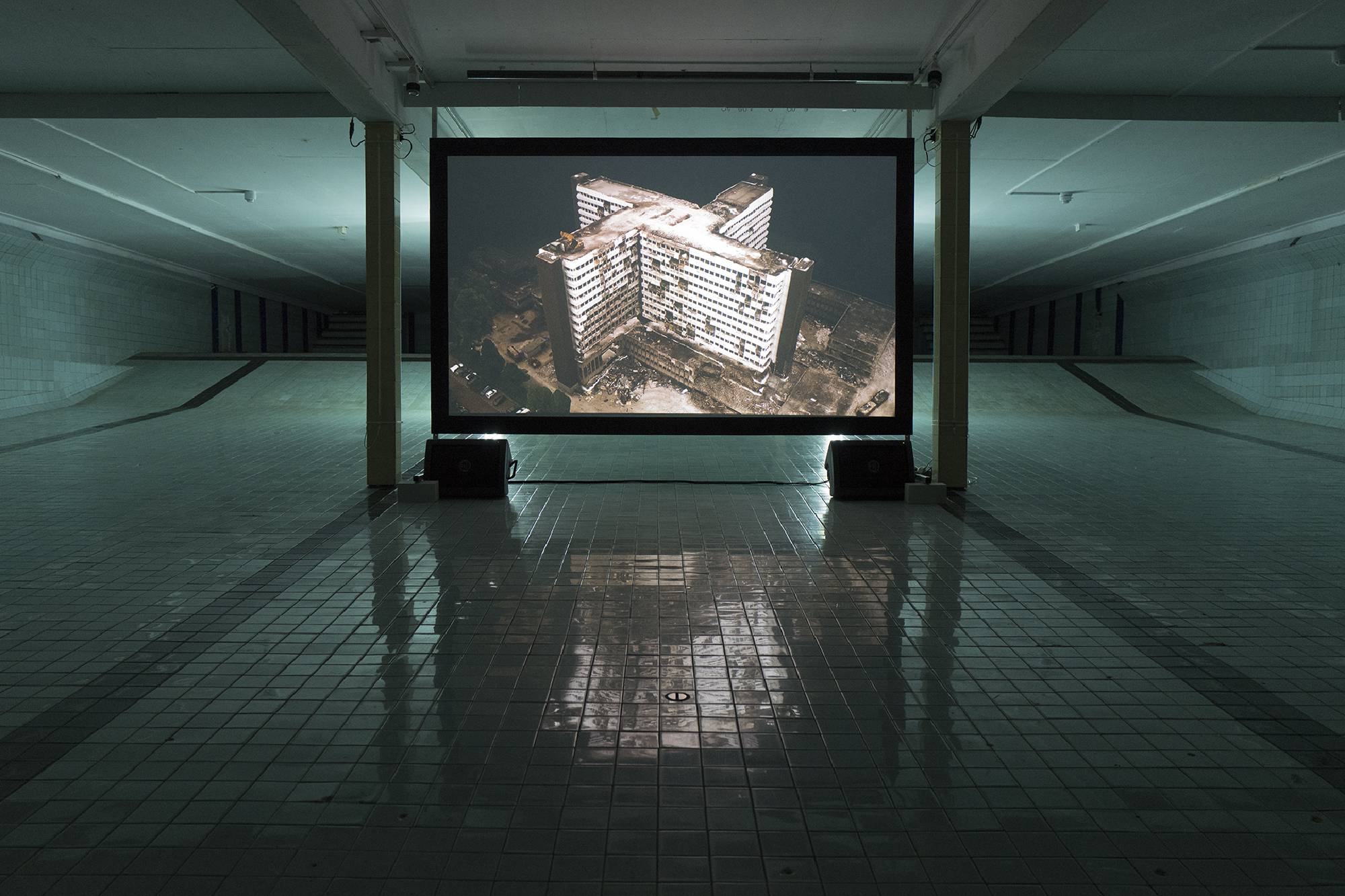 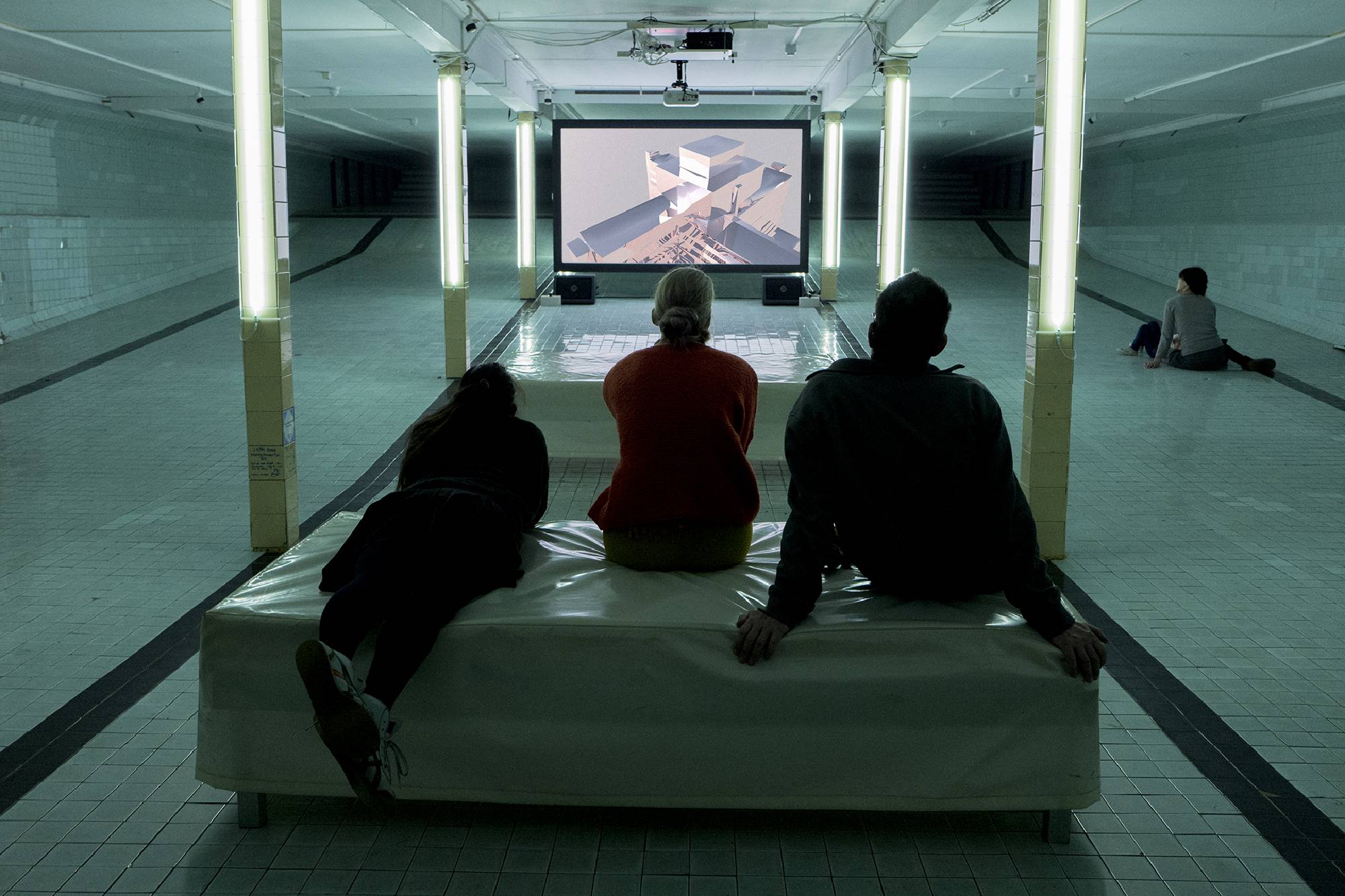 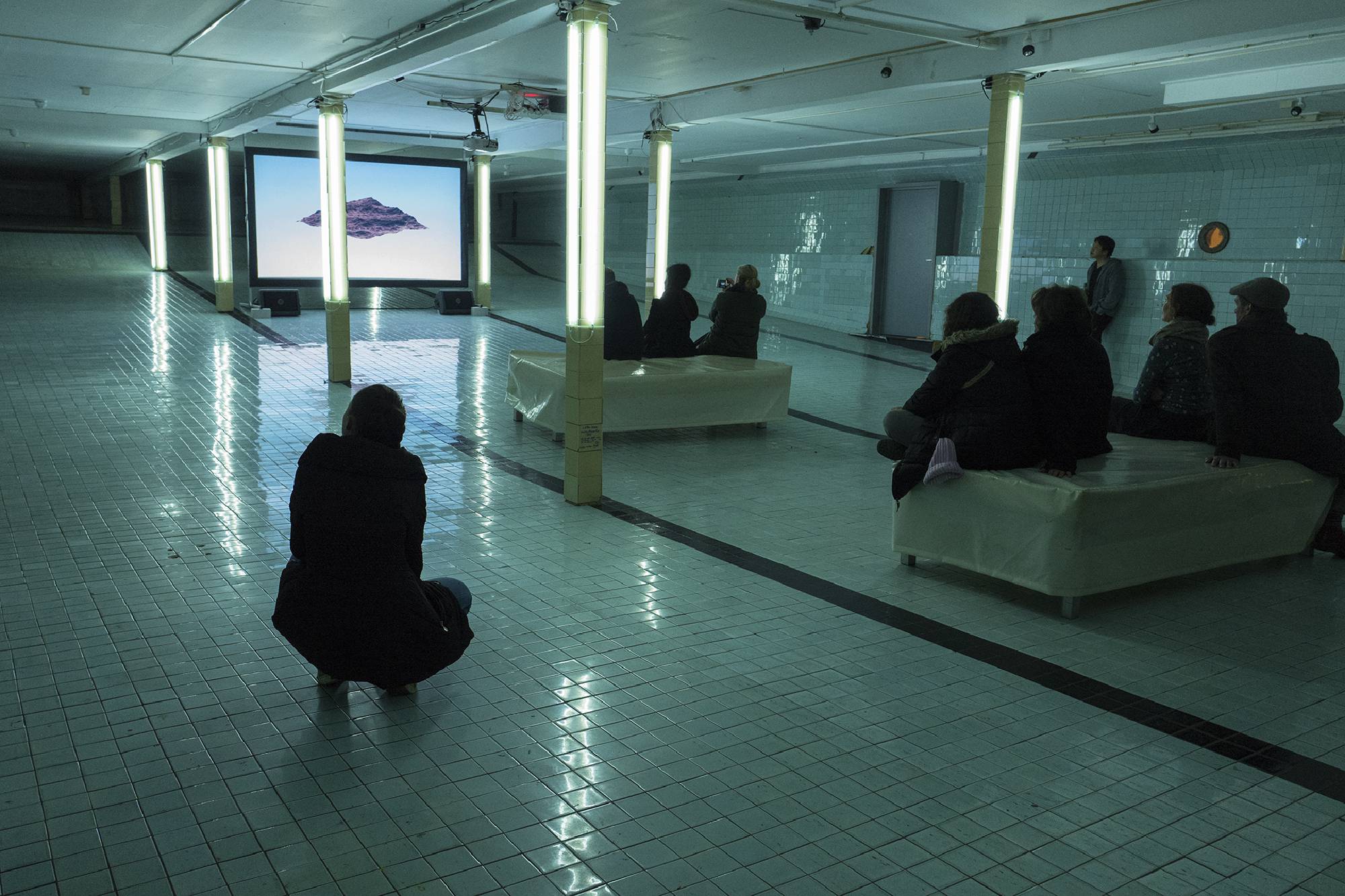 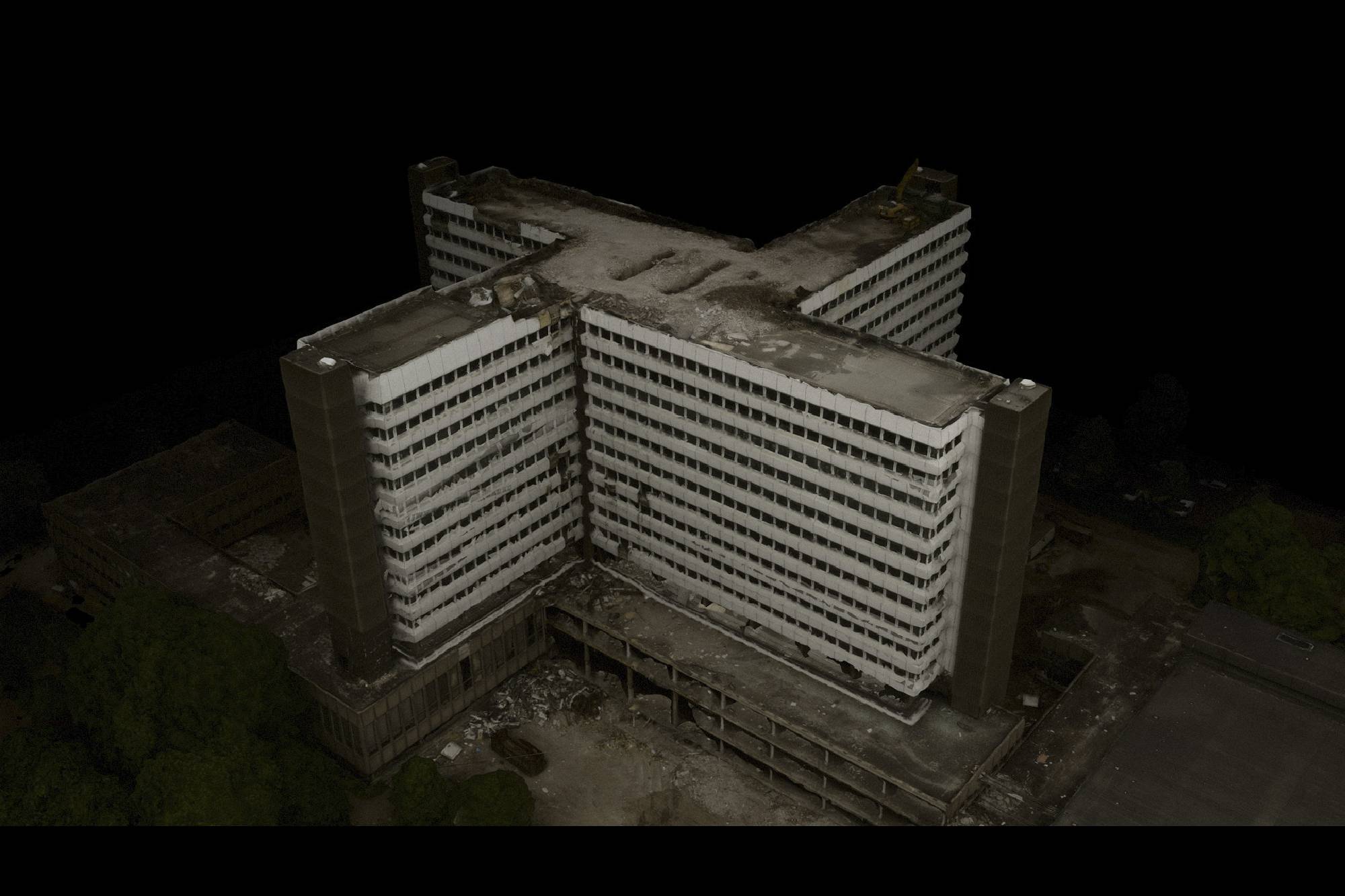 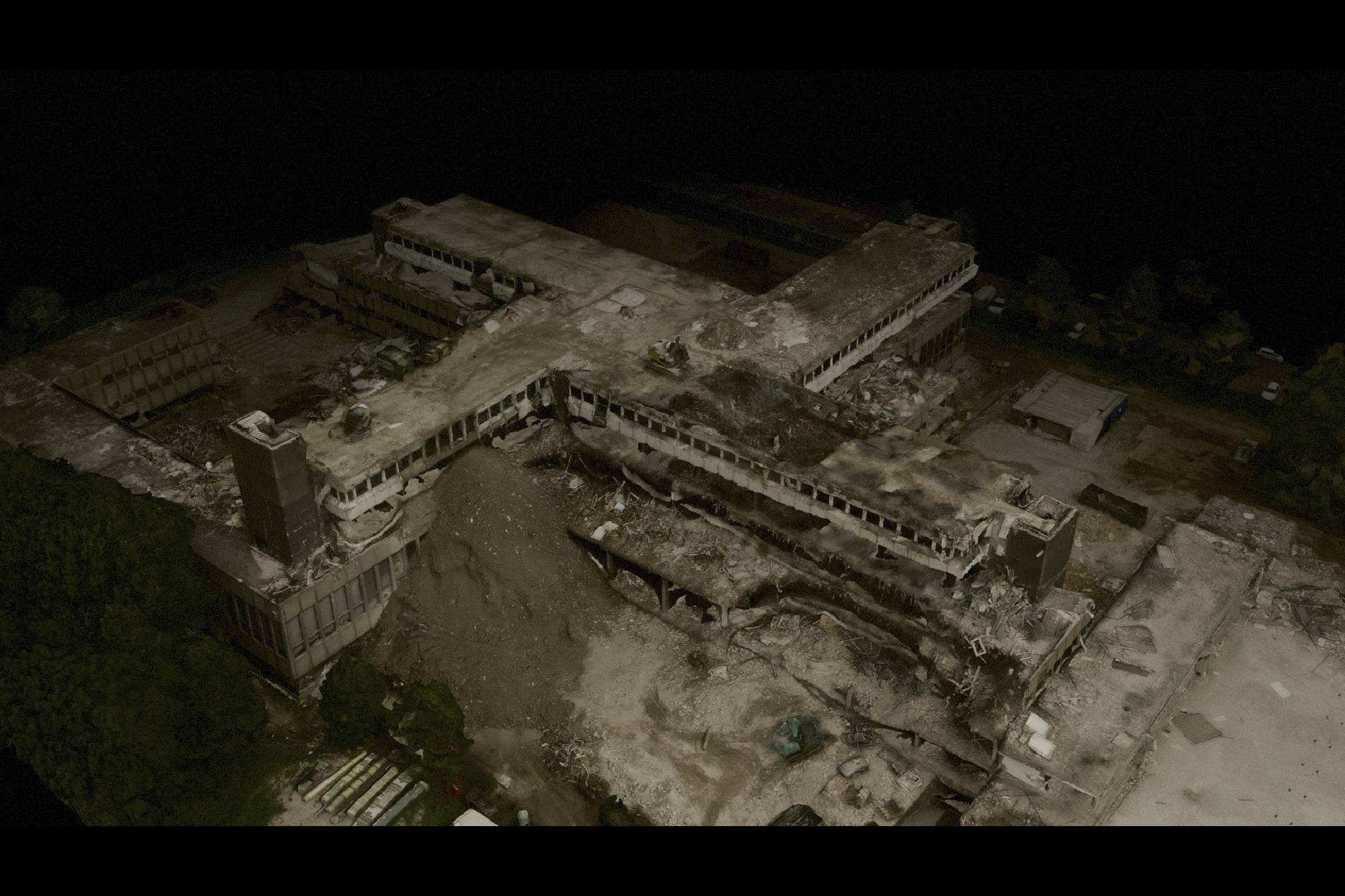 Beginning in late 2017, the demolition of the Netherland’s Central Bureau of Statistics office created an extreme type of slow cinema for railway passengers traveling between The Hague and Amsterdam. Over the following year, as the building was methodically deconstructed from the top down, I visited the site each month to document the gradual erosion. Using a drone and a digital mapping process, photogrammetry, I created an archive of virtual 3D models.

As the building’s architecture and its inevitable collapse were reminiscent of J.G. Ballard’s 1975 High Rise, I further sought to accompany this scene with the voice of a machine learning system trained on the complete corpus of Ballard’s writing. This recurrent neural network generates texts that describe the materials, invisible bodies, and possible narratives residing within the broken grounds of the building.

The resulting installation combines video, neon lighting, and the voice of the machine learning system. It debuted at the 2018 Modern Body Festival in The Hague’s Theater de Nieuwe Regentes, a former swimming pool built in the 1920’s.

Made possible by The Modern Body Festival, Yukun Zhu, Google Artists and Machine Intelligence, Maxwell Forbes, and the University of Washington Center for Digital Arts and Experimental Media. Narration by Kevin Walton.